I am actually starting this blog in early August, sitting on an airplane waiting to take off to Florida.  It's amazing how much work I get done in between trains, planes, and automobiles.  Although I am only several weeks into my reign, I have been doing a lot of traveling in this short period of time.  I feel very confident in saying that August has been a very successful month for not only myself but the Mr. Gay America organization.  I am proud to say that we have secured four preliminary competitions that will happen before the end of this year. We would like to formally announce the following competitions: Mr. Gay Texas America, Mr. Gay Oklahoma America (Regional), Mr. Gay Florida America (Regional) and Mr. Gay Southeast America (Regional). As we work hard everyday to build and grow the system, we look forward to adding to this 2017 year.  For the past couple of weeks I have been communicating with many of my fellow male competitors. The one thing I am consistently hearing is that "I am not ready for America". My response, "What do you mean"? As I have had several of these conversations, I realize that there are some misperceptions of the America System that I feel need to be explained:

What has filled my heart with so much joy is the love, warmth and support that I have received every time I go on tour.  People whom I don't even know and those I have not seen in years approach me, hug me, and congratulate me expressing that they were rooting for me.  Every time this happens I am shocked, as I never considered myself to be popular or the favorite. There are some amazingly talented, beautiful, fashion forward, intelligent men that competed this year.

I had a moment earlier this month.  I was teaching a modeling and visual poise workshop for young girls 12 to 16 years of age.  I had never met these girls before even though some are young titleholders.  Upon entering the room, they approach me and say, "Mr. Kyle, congratulations on winning Mr. Gay America. How cool!!!!". They wanted to ask questions about the contest. What I found interesting was the fact that they never asked the purpose of MGA.  They wanted to talk abut talent and clothing.  Not once did "gay" even get addressed. My hope is that our younger generation "gets it", and that there will be no discussion needed.  I will make appearances inside and outside the gay community. I love the fact that I can continue to be a role model to young people, and I can answer their questions and have a positive impact. This is a blessing from God, and I will use this to continue to educate and empower our youth.

Later in the month I had an amazing experience being an awards presenter at "Operation Stand Up", a charity event in Memphis, Tennessee. This organization does some very important things; from AIDS and HIV awareness and fundraising to awarding, supporting and acknowledging those that do amazing things impacting our country and helping so many. During this event i had the honor of giving the "Jinah Houston Legacy Award".  They had five nominees.  They put their names in a bowl, pulled a name out, and that person got a cash award. They did it this way as each person is worthy of this award.  Congratulations to Ray Rico.  Thank you to Steven Antonio of "Operation Stand Up" for this great opportunity. A few days later I had the "Vogue" experience.  Mr. & Miss International Vogue Newcomer and Plus Pageant.  All I can say is WOW!!! This competition puts a tremendous focus on modeling and fashion. The presentation of some of these young men and women was just simply wonderful, and each competitor put their best foot forward. I had the opportunity to grace the stage and perform.  It was such a blessing to be so well received. Thank you to the LBGTQ community of Memphis for welcoming me with open arms. My plan is to return back soon as Mr. Gay Tennessee America is in the works.

Closing out the month of August was judging and performing at Miss Gay Southeast America. It is always such an experience to perform at the "Miss" prelims, as it is truly gearing me up for the start of the "Mr" contest season, which begins with Mr. Southeast America Regional on October 15, 2017, in Raleigh, NC. Promoter Christopher Horton, thank you for your support of us guys.  I promise we will make you proud. In conclusion of this edition of "Kyle's Korner", I would like all of the men that are "On the way to MGA" to take heed of my life philosophy...."Believe in yourself.  Never EVER give up on your dreams.  Regardless of who you are, or where you are from, GREATNESS begins with YOU!

Much Love and See you soon, 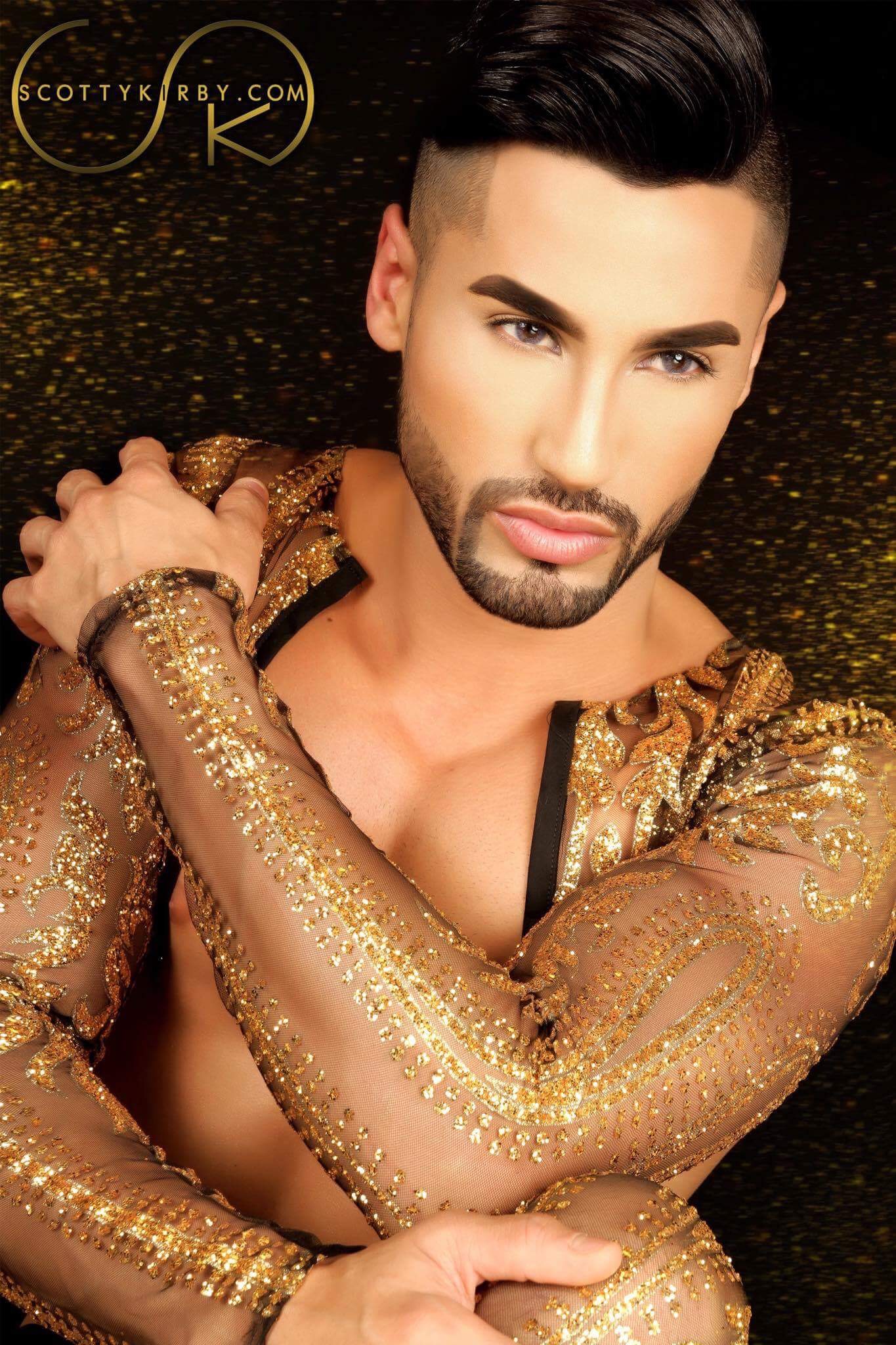 1. Mad Angel Entertainment has agreed to pay for me to take a vacation..and I get to take one person... and I choose YOU!!!!... Where are we going and what are we doing?Answer: If we were going on a vacation it would be to Hawaii I suppose. And we would have a blast!!2. Being a person of Lebanese decent... what is your favorite dish to cook....and why would you select it if we were to have dinner?Answer: My favorite dish to cook is Falel Sandwiches. I would chosen that because it's hard not to love it!3. When watching a pageant, what is the biggest mistake that you see male competitors make and what advise would you give them to be better?Answer: The biggest mistake I see competitors make is that they change themselves for everybody else. So the magic in what they would like to do is gone. So my advice to him would be to stay to themselves.4. What advise would you give me to be a successful Mr. Gay America??Answer: The advice I would give to be a successful titleholder is to stay current, relevant and always be seen.